The ancestor that was one of the biggest challenges for me was someone who lived relatively recently and is pretty closely related to me (great-grandfather). William E. Oakes was the first husband of Mae Moore and the father of Helen Dorothy Oakes, my grandmother. Reasons he was a challenge was that Helen was born in 1912 and her parents divorced in 1915. I’m not sure if she ever saw her father again. She never talked about him. Also, he died when he was only 40, in 1928, when my grandmother was only 16.

The document that helped me the most and started unraveling the mystery of William Oakes was his and Mae’s marriage registration. Through that, I discovered their marriage date (Dec. 23, 1908), his age (21 and therefore an estimated birth year of 1887), and his parents names (Henry Oakes and Minnie Schroeder).

This helped me to find the Henry Oakes family in the 1900 census in Nankin Township, Wayne, Michigan. William was listed as “Willie Oak” with a birthdate of July 1888. In the 1910 census, though they were still married, William and Mae were not living with each other. She was a boarder with her mother and worked at a theatre as a ticket clerk. I haven’t found William in 1910 yet. Their daughter Helen was born June 19, 1912. William and Mae were divorced July 13, 1915. William married again on January 1, 1916 to Pearl Sullivan.

Another interesting document that tells a lot about William is his WWI Draft Registration from June 5, 1917. He and Pearl lived at 317 W. Kirby in Detroit, which would have been near the corner of W. Kirby and 3rd Avenue. His birthdate was listed as July 8, 1888. He was a foreman for Ford Motor Company. He claimed exemption from the draft due to poor health.

“Detroit’s municipally-operated hospital located at St. Antoine and Macomb streets…and was opened October 12, 1915.
“It was established by the Poor Commission, now known as the Department of Public Wefare.
“It serves as an emergency hospital and clearing house for accident or injury cases occurring on public thoroughfares or of a public nature, and a psychopathic hospital for the safe and human handling of the mentally disturbed, and is under the control of the Welfare Commission. Other wards of the hospital are devoted to the care of medical and surgical patients unable to pay for treatment in other hospitals.”

According to William’s death certificate, he died of “Acute nephritis superimposed upon a chronic nephritis” with a contributory cause of chronic myocarditis. He was buried in Northview Cemetery in Dearborn. 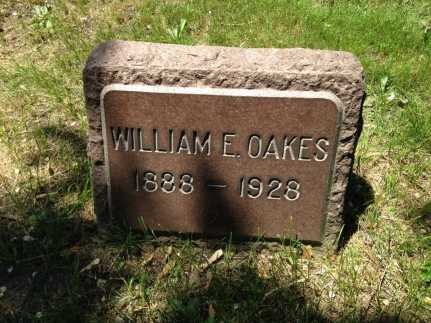